Pakistan is truly the “Wonder” of South Asia. Situated along the Arabian Sea, Pakistan is one of the few countries of the world that are blessed with all the geographical structures from sea to hot/cold deserts, lush meadows, green/dry/snow-covered mountains, glaciers, trekking trails, plateaus freshwater lakes and rivers, fertile land, natural water resources and forests. The mountainous range of the Karakoram, Himalayas and the Hindu Kush are also located in the country.

Some Details about Pakistan

Situated in the South Asian region, besides Arabian Sea, the Islamic Republic of Pakistan covers an area of 881,913 km2. It has a population of more than 200 million people. Pakistan is historically, linguistically, culturally and ethnically diverse. The country is the first Muslim nuclear power state with the 6th largest standing army. Economy of Pakistan is based on agriculture sector while industrial area is also flourishing.

The Islamic Republic of Pakistan is a proud member of the Organisation of Islamic Cooperation (OIC), the United Nations, the Commonwealth, the Shanghai Cooperation Organisation (SCO), the Islamic Military Counter Terrorism Coalition and the South Asian Association for Regional Cooperation (SAARC).

Travel Cost to Pakistan / How to get Pakistani Visa

The cost of visa of Pakistan varies depending upon the visa type. It is usually valid for 4-6 months. Typically, $15 to $25 per day are more than enough all the expenditures. Pakistanis are tremendously friendly, hospitable, welcoming and respectful people. Once you step in the country, you would not be able to escape the striking charm of people as they would make you feel at home by their indescribable hospitality.

Every region of the country whether rural or urban has its distinct history, language, traditional lifestyle and culture that is quite fascinating. Likewise, Pakistan offers these interesting aspects to attract tourists from all around the world.

World Economic Forum suggests that Pakistan’s tourism industry contributes to about 2.8% of the total Gross Domestic Product (GDP). Even though the media of other countries portray an extremely negative image of Pakistan. This false representation has damaged the tourism sector of Pakistan to some extent. Nevertheless, Pakistan Travel is blooming day by day.

The rich Pakistan history dates back to ancient times. It is a diverse land of cultures and tradition marked by a rich history. Indus Valley Civilization, Indo-Aryan culture, the Ghaznavid Empire, the Lodi dynasty and Mughal Empire have all added to the history and culture of Pakistan. After Pakistan came into being on 14th August 1947, the country struggled with its economy. With the first Kashmir War between Pakistan and India over the Jammu and Kashmir dispute in 1948 and the separation of East Bengal in 1971, the country suffered huge loss of both the lives and capital.

Pakistan culture is closely associated with Central Asia and Indian sub-continent; therefore, majority of the culture stays closely linked with Islamic values and tradition. Literature, dressing, music and festivals all present a dynamic and diverse cultural value to Pakistan.

Pakistan Best Travel Time depends upon the region that the tourists want to visit. May to October is the best season to go to the Northern areas, KPK, Gilgit Baltistan and Azad Kashmir because the snow melts during this period in Pakistan. This is the peak season of trekking, snorkeling rafting, horse riding and hunting activities in Pakistan. While appropriate time to travel to Sindh, Balochistan and Panjab is November to April. This is when the excessive hot summers have subsided enough to offer fairly bearable weather for travelling in Pakistan.

The best Destinations in Pakistan to visist are; Nothern areas, Gilgit Balitstan, Hunza Valley, Fairy Meadows, Astore Valley, Domel, Kumrat Valley, Neelum Valley, Kashmir, Murree, Swat, Chitral, Kalash Valley and lot more. Pakistan is home to the second highest peak of the world i.e. K2, one of the largest warm water ports namely the Gwadar port and the highest paved roads of the world known as KKH or the Karakoram Highway. Pakistan has rich ancient history as indicated by the archaeological ruins of Moenjodaro , Takht-i-Bahi, Sahr-i-Bahlol Thatta and Taxila.

Gilgit Baltistan is the fifth province of Pakistan. Formerly called the Northern areas, it is the part of the Kashmir region. Gilgit Baltistan includes the Baltistan district, Gilgit Agency, Nagar, Hunza and several other small princely states of the subcontinent. It is a mountainous area and extends over 72,971 km2. Gilgit Baltistan has 5 peaks that are above 8,000 meters along with 50 others that are higher than 7,000 meters. Three of the longest glaciers in the world are present in this region. Mainly tourists visit Gilgit Baltistan to explore its outstanding scenery or for hiking and trekking.

Hunza valley covers a mountainous area of Pakistan. It is a part of the Gilgit Baltistan and is located along the Xinjiang region and the Wakhan Corridor. Local people speak either Shina, Burushaski or Wakhi. The literacy rate of the area is above 77 percent. Hunza is famous for its majestic mountains, beautiful scenery, delicious food and generous people.

Fairy meadows is a grassland with an altitude of 3300 meters above sea level. It lies close to Nanga Parbat base camp, Diamer District, Gilgit Baltistan. The local people call it Joot. In 1995, Pakistani Government, declared it as a National Park. Apart from Fairy Meadows, the tourists visit the area for camping and hiking the mountain of Nanga Parbat.

Domel is situated in Minimarg Valley. Kamro Bal Pass connects this town with Neelam Valley. Mountains, a pine forest and a natural lake – the Crystal Lake are highlights of the area. The water levels in the lake rise when the mountainous ice melts in summers.

Kalash Valleys are located in the Chitral District of KPK. Hindu Kush Range surrounds the valley. people. They have a distinct religion, lifestyle, language, culture, traditions, cuisines, dresses and festivals. Majority of the area in Kalash valley is occupied by the three valleys i.e. Bumburet, Biriu and Rumbur.

The people inhabiting this area are known as Kalash. Many of their customs are paradoxical to the Pakistani culture and Islamic teachings. Kalasha is the predominant language of this region.

Kumrat Valley is located in the Upper Dir District of KPK almost forty-five minutes away from Thall. It is one of the most beautiful valleys in the country. Snowy mountains, foggy mounds, lush pastures, Deodar forests and Panjkora River are the biggest tourist attraction of this area.

Neelam Valley is a district located in the Azad Kashmir. It has a population of 191,000 people. The valley is famous for its beautiful tourist attractions including Neelum River, Dhani Noseri Waterfall, Chitta Khatta Lake, Kutton Waterfall, Keran Valley, HEB Resorts, Ratti Gali Lake, Jagran Stream, Sharda Valley, Gold Village (Arrang Kel) And Toabutt. Hindko is the local language of the people residing in the Neelam Valley.

Azad Kashmir, also known as AJK (Azad Jammu and Kashmir), is situated near Gilgit Baltistan in the Northern part of Pakistan. It is a self-governing dominion with a parliamentary system of government. AJK covers an area of 13,297 km2 and is famous for its striking scenery. The population is estimated at 4,045,366 with a 72% literacy rate. Major sources of income of Kashmiris include agriculture and tourism. The official language of AJK is Urdu, however, people from different ethnic groups living in the area speak their mother languages.

Murree is a town situated in the Galyat region of Rawalpindi District in Punjab. It extends over a mountainous area that lies in the Pir Panjal Mountain Range. Murree was constructed on the Murree hills in 1853 for the British troops. It became a popular tourist attraction for its beautiful landscape during British Rule on the subcontinent. The town is famous for its neo-gothic as well as Tudorbethan architecture. Major tourist attractions in Murree include Ayubia, Dunga Gali, Khanspur, Bhurban and Patriata. Local people consider it to be the final resting place of the mother of Jesus (P.B.U.H.), Mary.

Muskpuri is the second highest peak of the Galyat region after Miranjani. Situated in Nathiagali, Abbottabad District, KPK, the mountain measures 2800 meters in height. It is one of the top attractions of Pakistan. Hiking to the Muskpuri top requires almost 3 hours from Nathiagali. The trail includes a pine forest, diverse flora, bird sanctuary and a crystal clear water pond.

“Muskpuri” is a Sanskrit origin name. It means the “Hill of Salvation”. 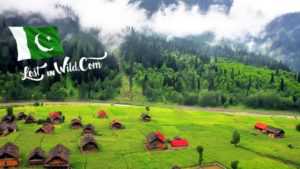 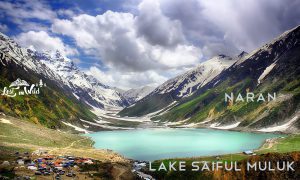 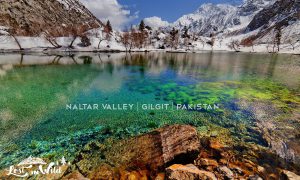 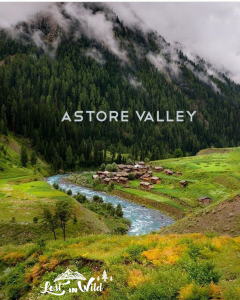 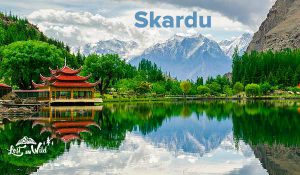 Situated at the convergence spot of Shigar and Indus Rivers, Skardu is a picturesque… 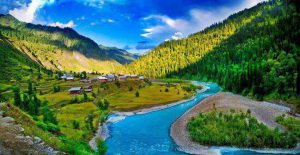 Neelum valley, a wonderland; is situated in the North & North East of Muzaffarabad. It… 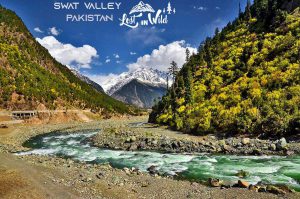 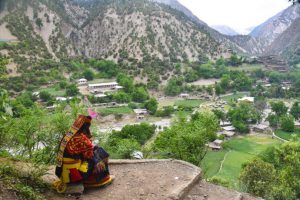 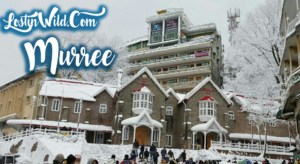 Located between the borders of Azad Kashmir and Punjab, Murree hill station is the most… 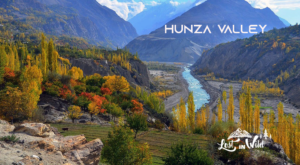 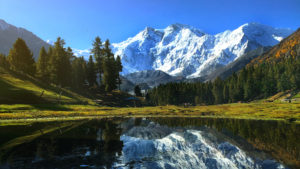 Staring at the stars, listening to the breeze, walking on the lush green, loving the way…